Operaroma.tv: performances at home by the Teatro dell’Opera di Roma

In response to the cancellation of its performances due to the emergency measures , the Teatro dell’Opera di Roma is moving its programme to “Teatro Digitale” , with a series of concerts, operas and ballets which are being made available for free streaming…Read more › 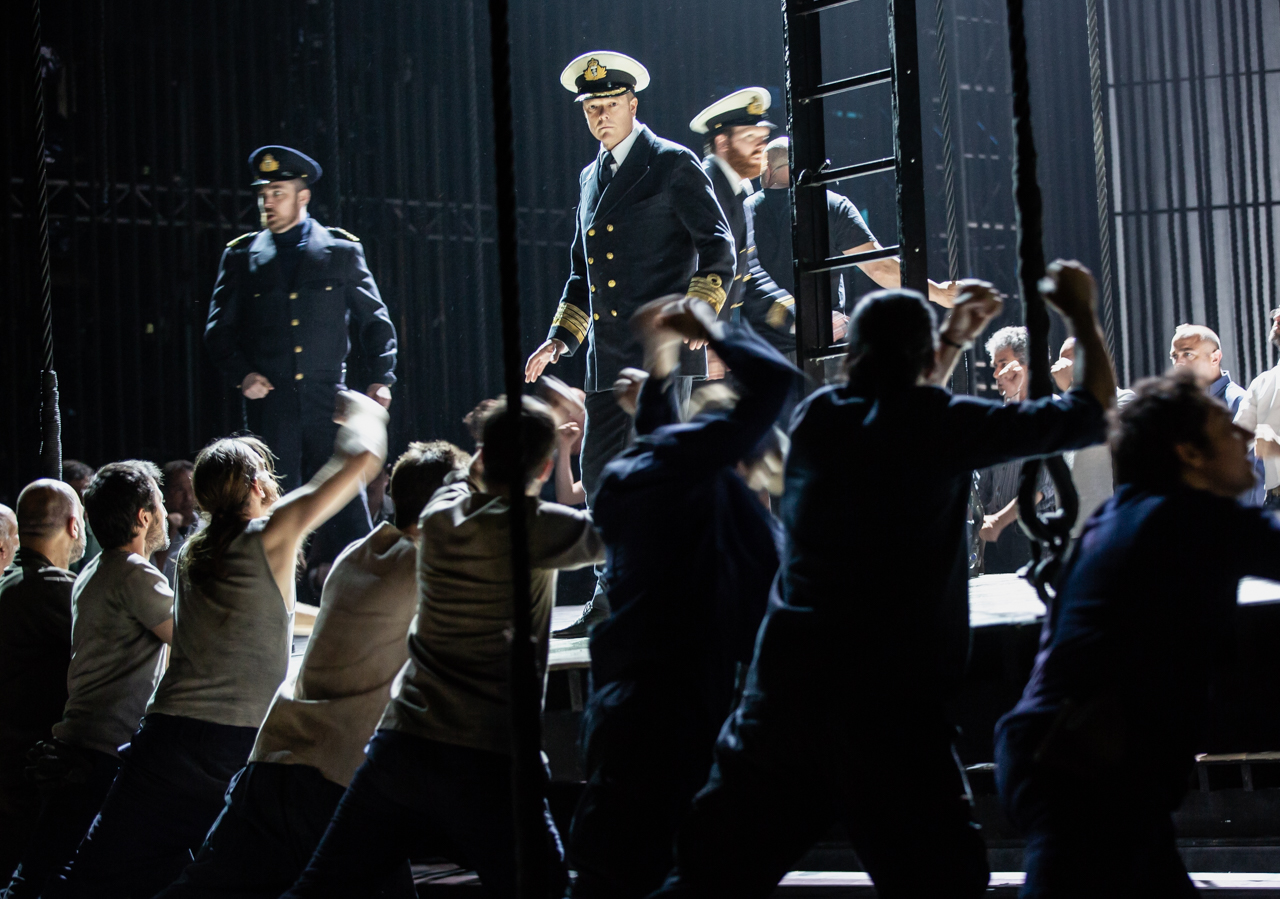 After winning the International Opera Award and the XXXVII Premio Abbiati for the best direction in 2018 the show, on stage at the Teatro dell’Opera di Roma in May 2018, has been awarded at the Olivier Awards 2020 as the…Read more › 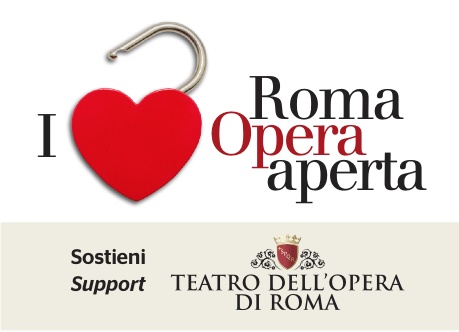 SUPPORT THE TEATRO DELL’OPERA  OF ROME The Teatro dell’Opera of Rome had to stop again due to the Coronavirus emergency. If, like us, you are a music lover and believe that a world without opera and ballet cannot exist, please…Read more › 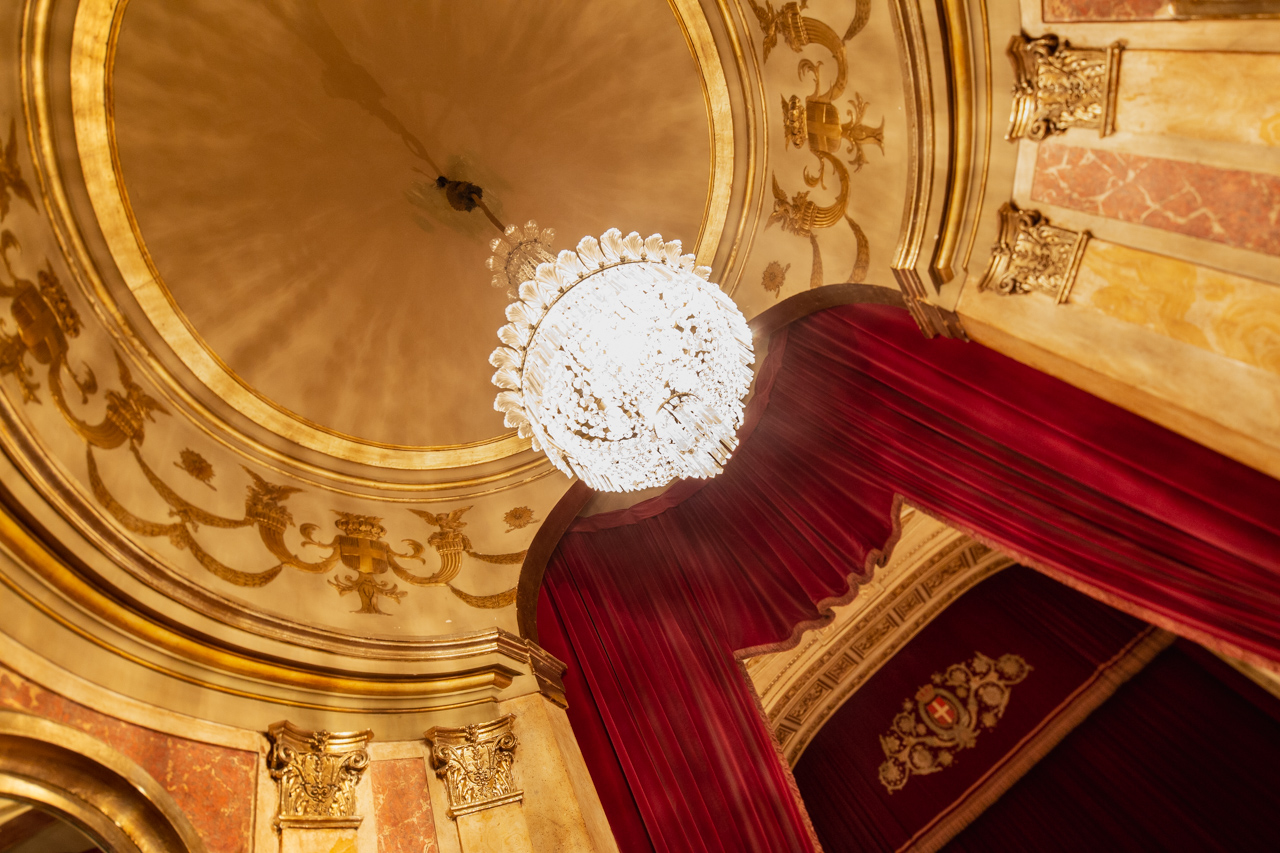 The Theatre’s Box Office will be closed until 14 June 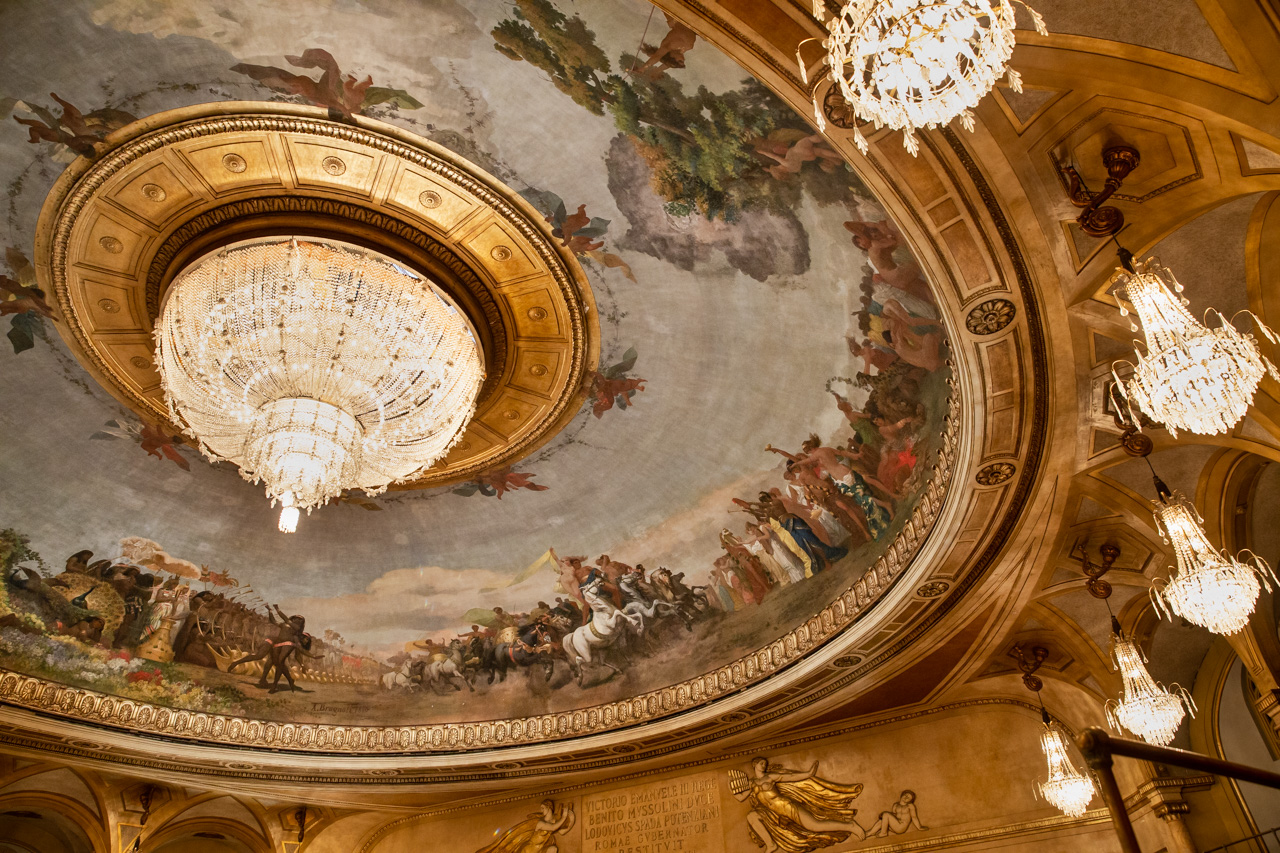 Performances cancelled in accordance with the Government Decree on Health Emergency 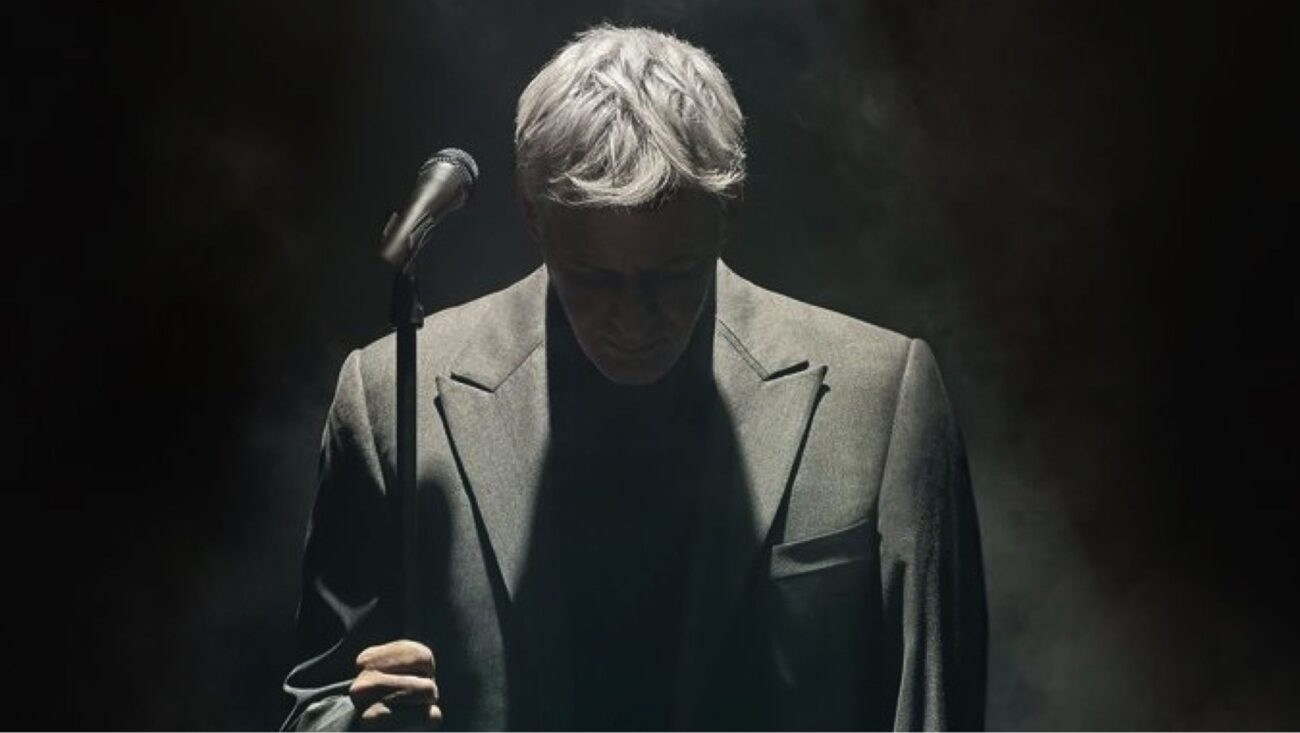 2019/2020 Season Ticket Sales continue at the Teatro dell’Opera di Roma. This year it has been possible to renew Gran Teatro subscriptions – and purchase new ones, upon availability – since Friday, July 5, 2019. As of this past Thursday,…Read more › 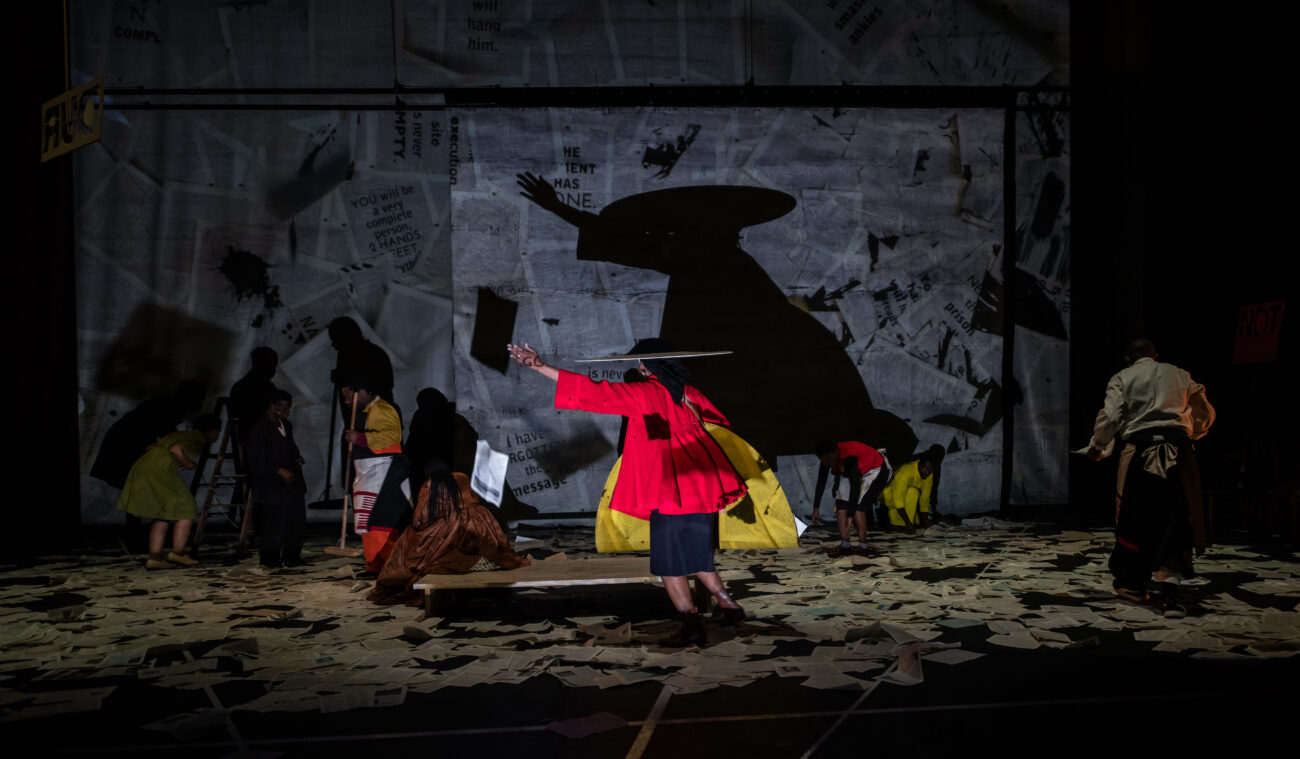 An unprecedented artistic experience will be staged at the Teatro dell’Opera of Rome on the occasion of its autumn opening, from 10 to 15 September 2019. Audiences will have the opportunity to witness a dialogue between works by two great creative personalities,…Read more › 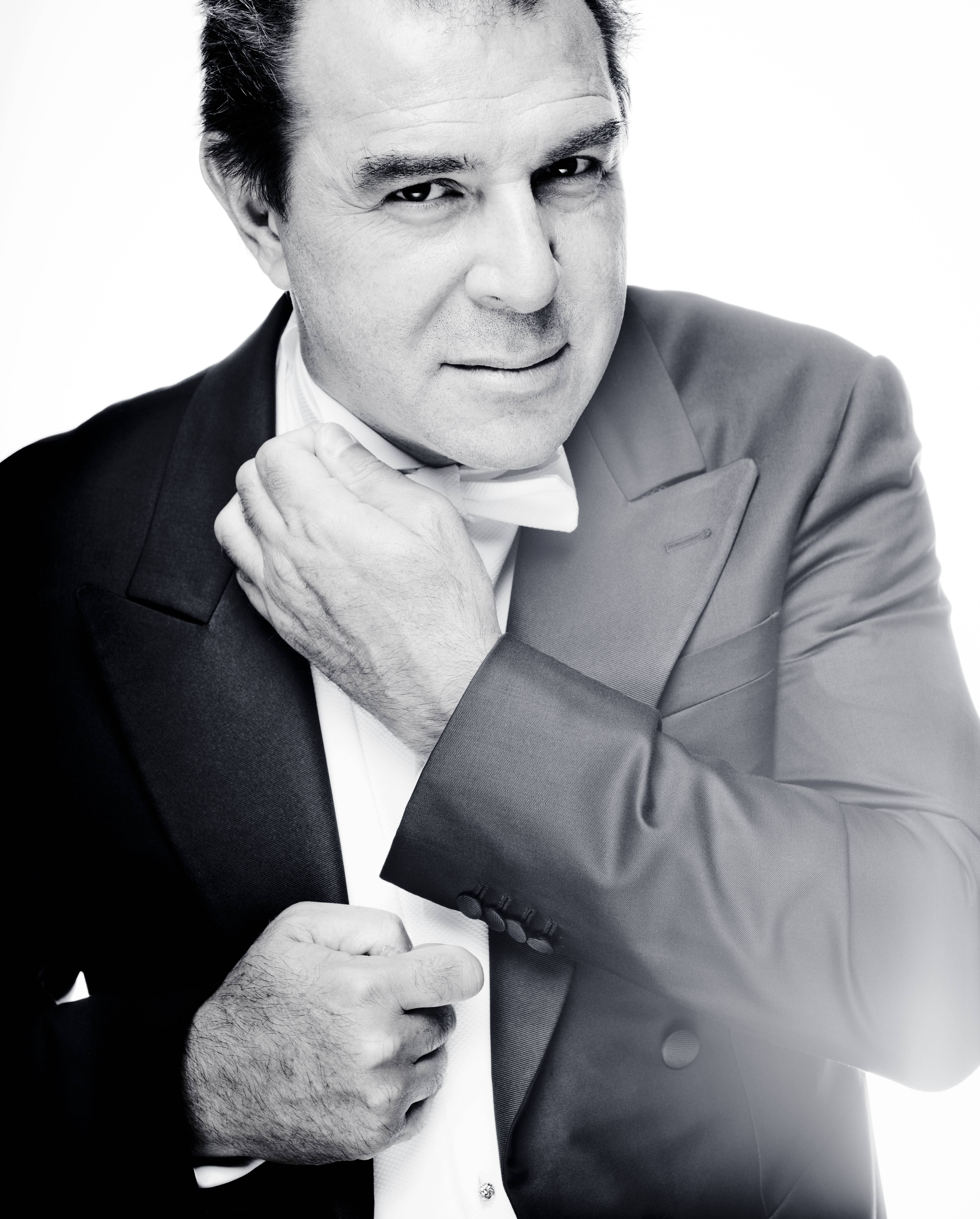 General Manager Carlo Fuortes has named Maestro Daniele Gatti the new Music Director of the Teatro dell’Opera di Roma, with a three-year tenure, until December 31, 2021. The orchestra director’s first presence with the Theater was at the Inauguration of…Read more › 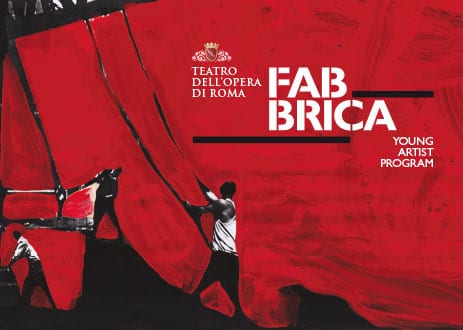 “Fabbrica” is the Young Artist Program of the Teatro dell’Opera di Roma, a unique and new opportunity presented for Italian and foreign talents whom have completed their training at conservatories and academies, and are ready to embark on an international…Read more › 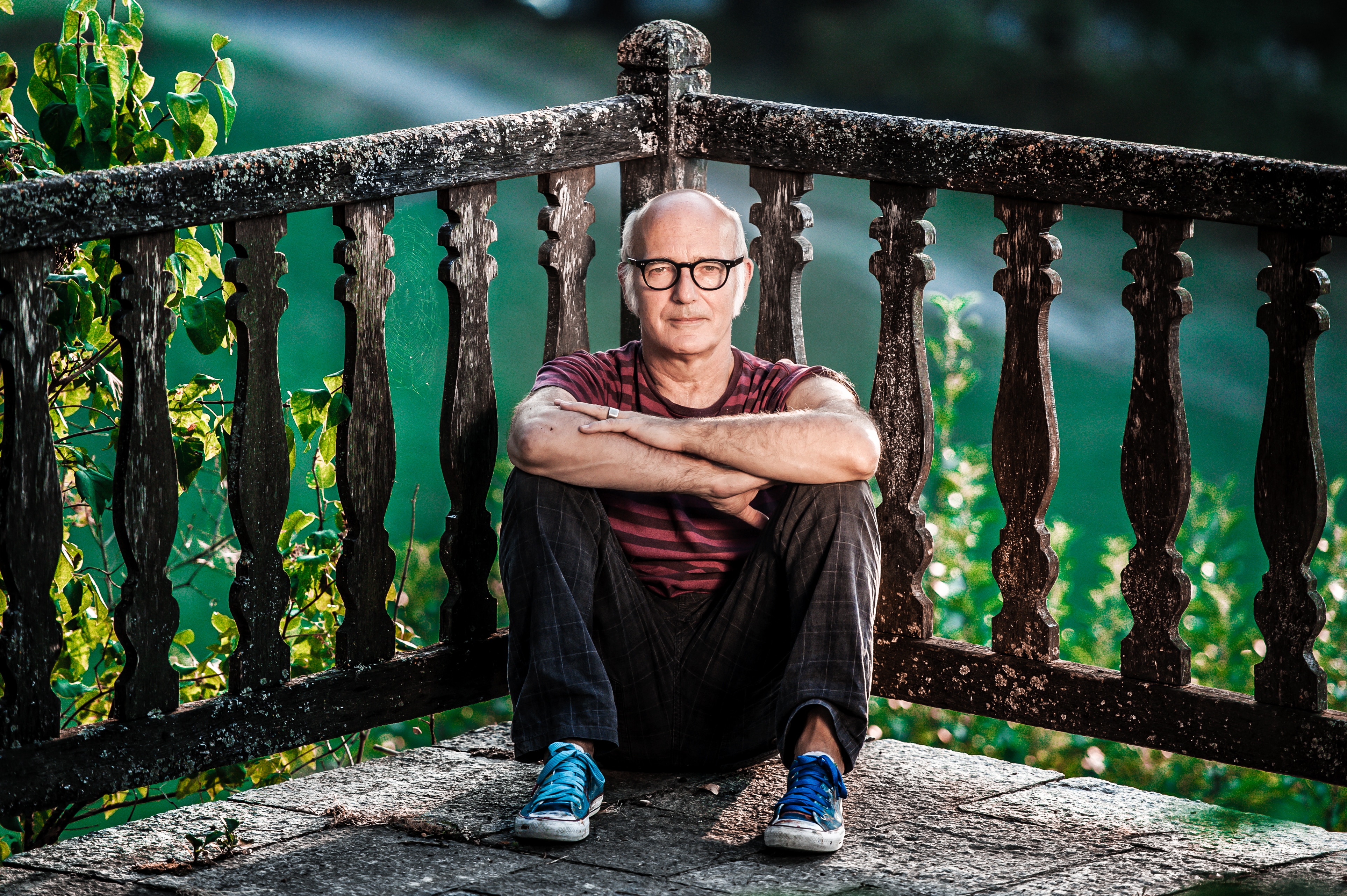 Ludovico Einaudi live at Caracalla on June 13 and 14

The Teatro dell’Opera Summer Season will be featuring not only grand operas but also many famous artists. On Tuesday 13 and Wednesday 14 June 2017, at 21.00 at the Terme di Caracalla on one of the most magical stages of…Read more › 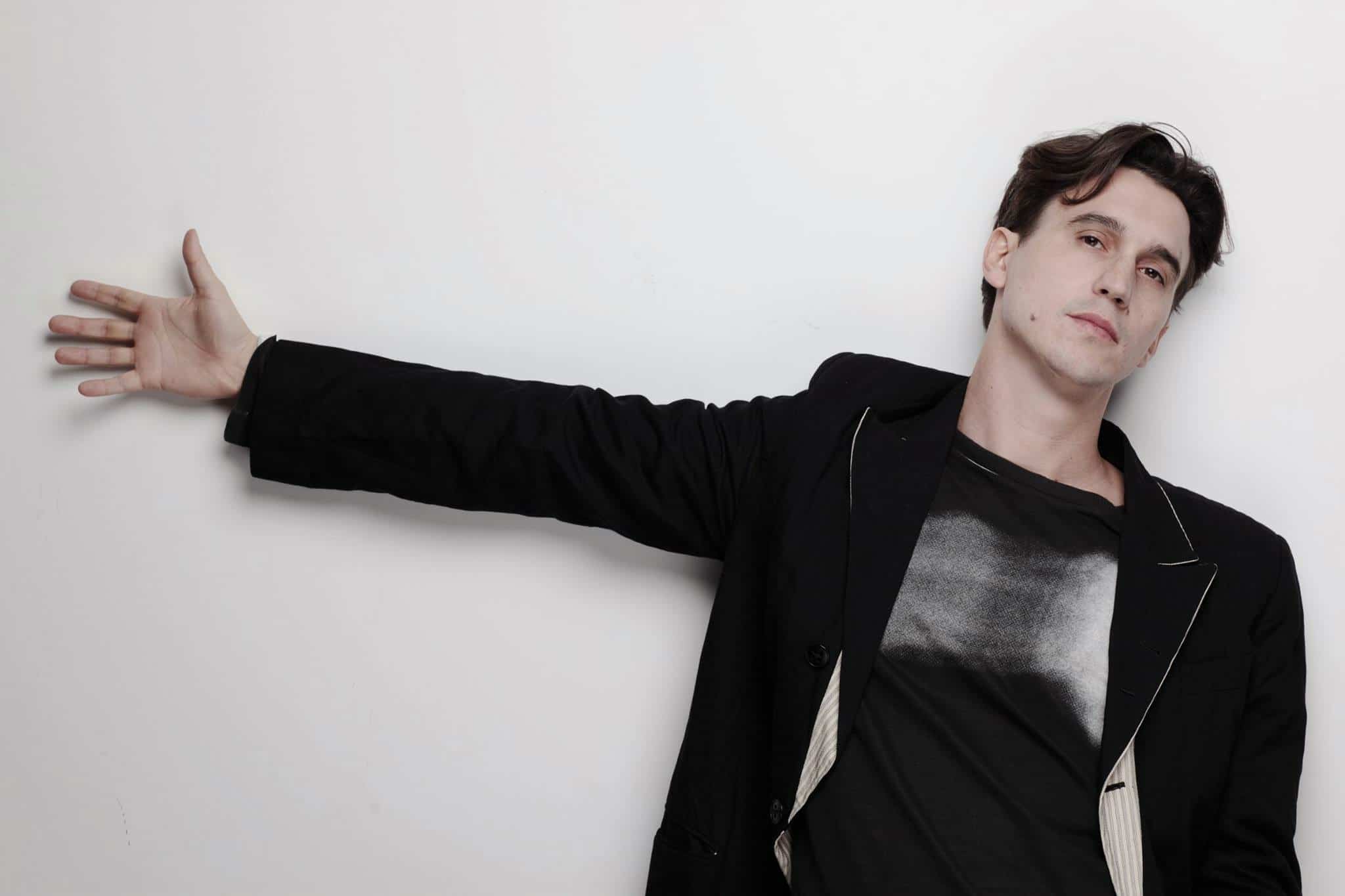 Imagine to be in a museum one evening , surrounded by Goya, Van Gogh and Magritte’s paintings and by Rossini’s music. In reality we are not in a museum but in a theatre, to be more precise, we are at…Read more ›

The second work of Verdi’s trilogy programmed for the 2016-17 season is Il trovatore, which is going to be on stage from February 28 to March 10, 2017. This is a joint production with Amsterdam’s De Nationale Opera and the…Read more › 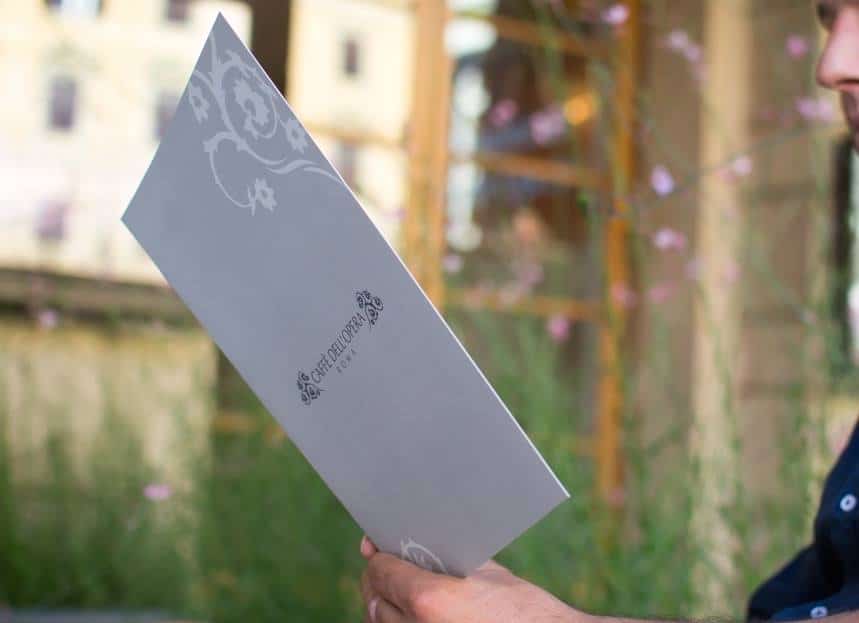 Caffè dell’Opera is now offering an extra service to the opera-goers, a new menu featuring hot and cold dishes to enjoy during the show’s intervals. It is a menu inspired by Alba Esteve Ruiz, the Chef of the Restaurant Marzapane in…Read more › 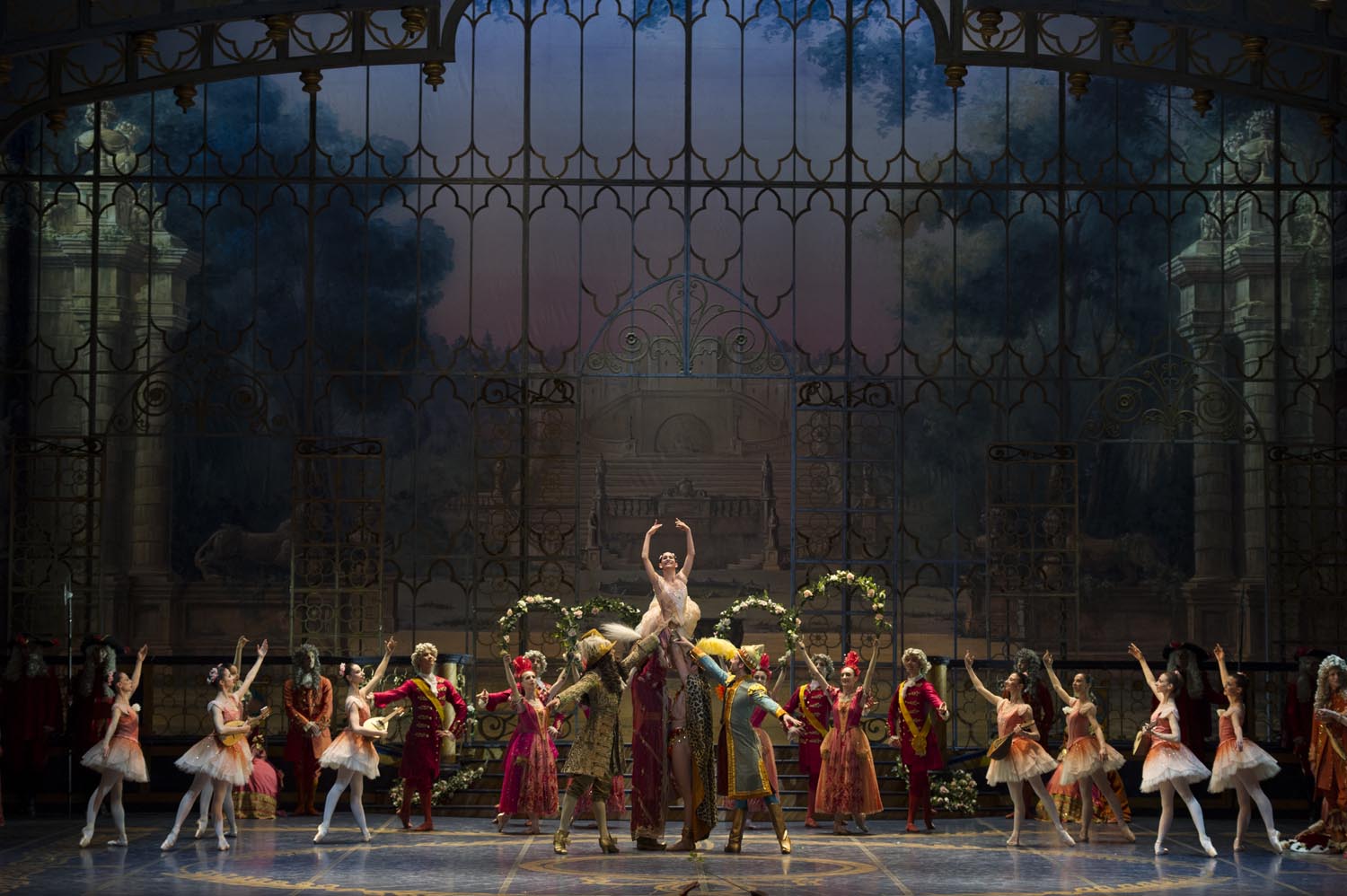 A fairytale atmosphere this February with “The Sleeping Beauty”

There will be a fairytale atmosphere at the Teatro Costanzi this February. The Sleeping Beauty, one of the most famous ballet of the classical repertoire, will be on stage from 8 to 15 February 2017. The  Orchestra of the Teatro…Read more › 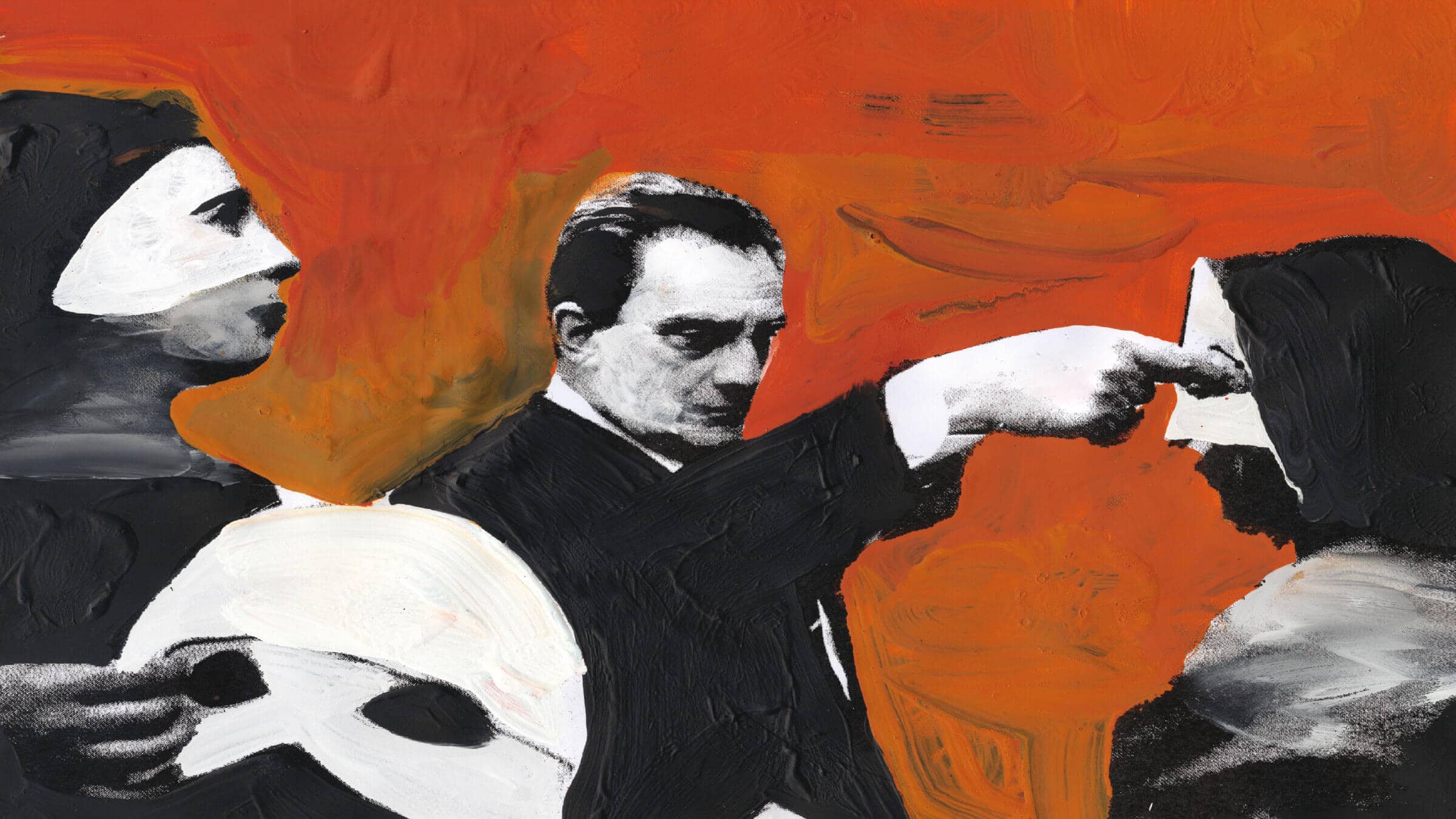 “Directors at the Opera”

“Artists at the Opera”
A new look for the foyer on the first floor !

On the the occasion of Tristan und Isolde s press conference the newly renovated foyer on the first floor of the Teatro dell’Opera has been reopened to the public. After the recent completion of the restoration works, it is now…Read more ›

2017, at the Teatro Costanzi, starts with Mozart. The first new production featured in the 2016-17 Season is Così fan tutte, which is the most loved opera among Mozart and Da Ponte’s trilogy and, until today, the less performed at…Read more ›

Also this year, In December, on the occasion of the opening of the 2016-17 Ballet Season, the event that should not be missed is The Nutcracker by Pyotr Il’yich Tchaikovsky. After last season’s great success and the sell out at…Read more ›

“Rigoletto” is back on stage at the Teatro Costanzi. Luca Salsi sings the main role

Rigoletto is back on stage at the Teatro Costanzi. This production already captured the Roman audience, during the 2014-15 season. It is a opportunity to enjoy again one of Verdi’s most loved masterpieces, directed by the talented Apulian director Leo…Read more › 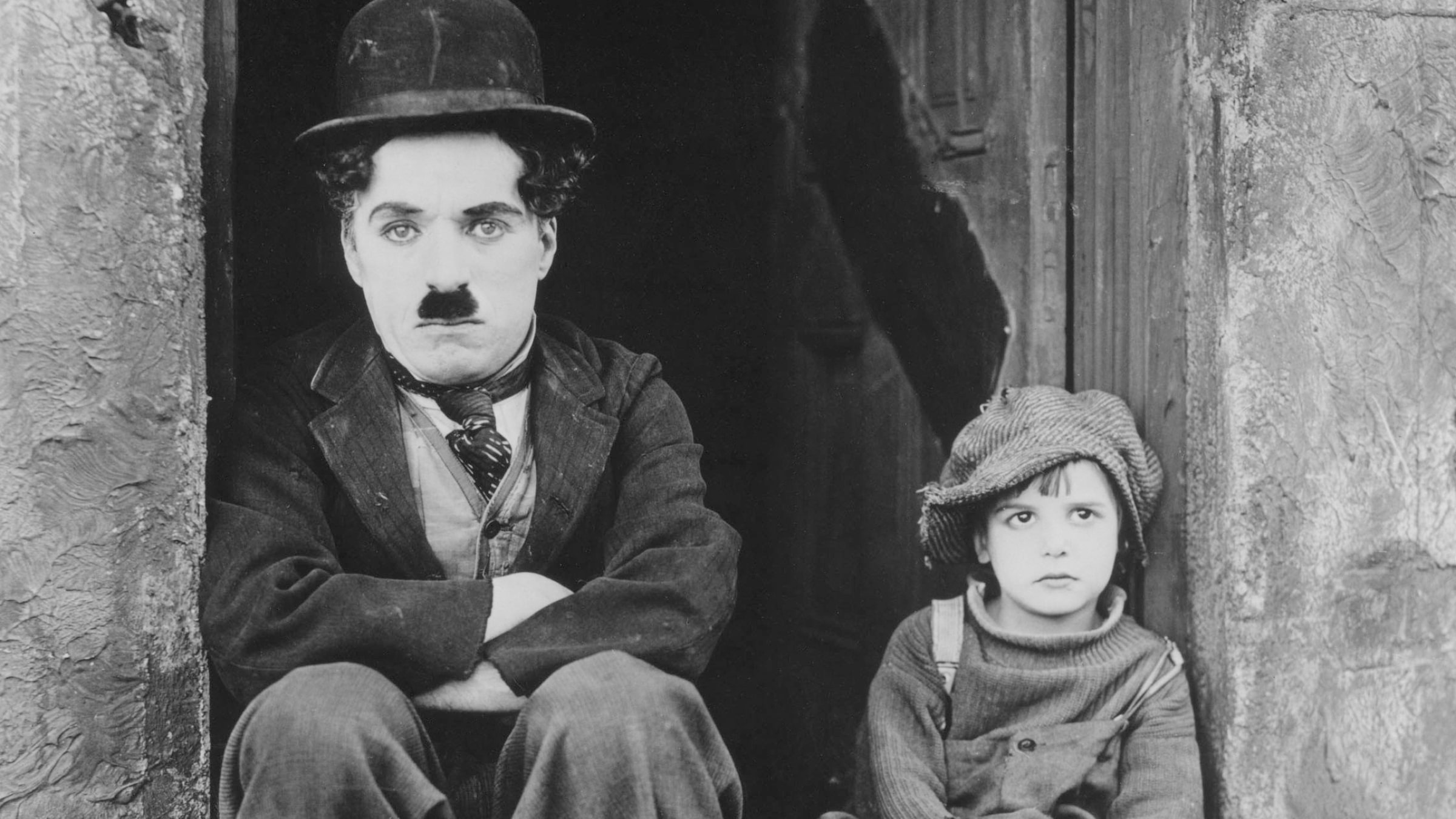 “Il monello”, a Concert movie with the Youth Orchestra

On November 18 and 19, at the Teatro Nazionale, the Youth Orchestra of the Rome Opera, will be music star of the movie show, Il monello (The Kid), Charlie Chaplin’s masterpiece. The movie will be attended by live music – also…Read more › 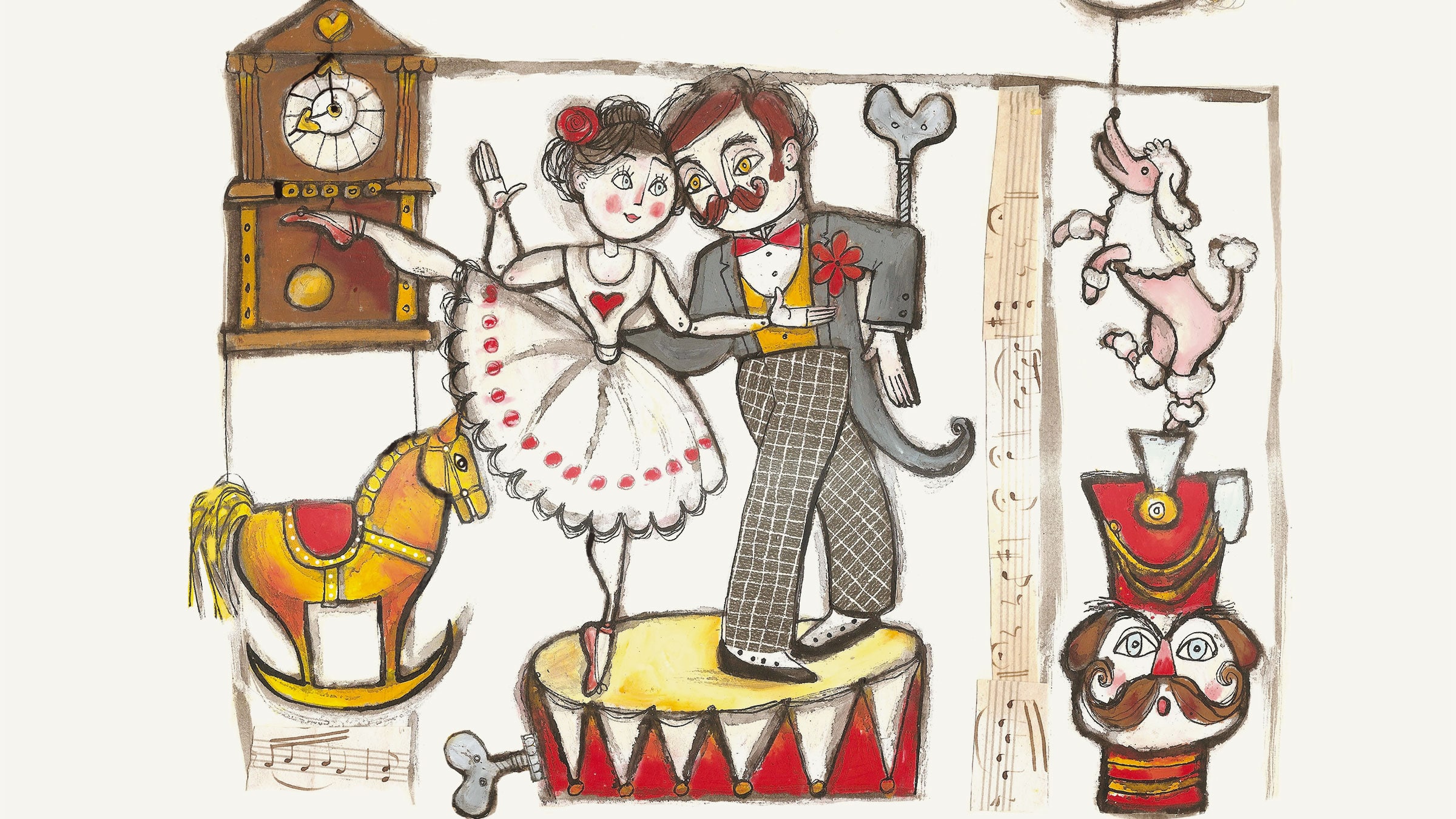 From November 29 until December 7 will be on stage at the Teatro Nazionale, La Bottega Fantastica, the Christmas Show by Rome Opera Ballet School directed by Laura Comi. This year the public will enjoy a ballet, evocative and suggestive…Read more › 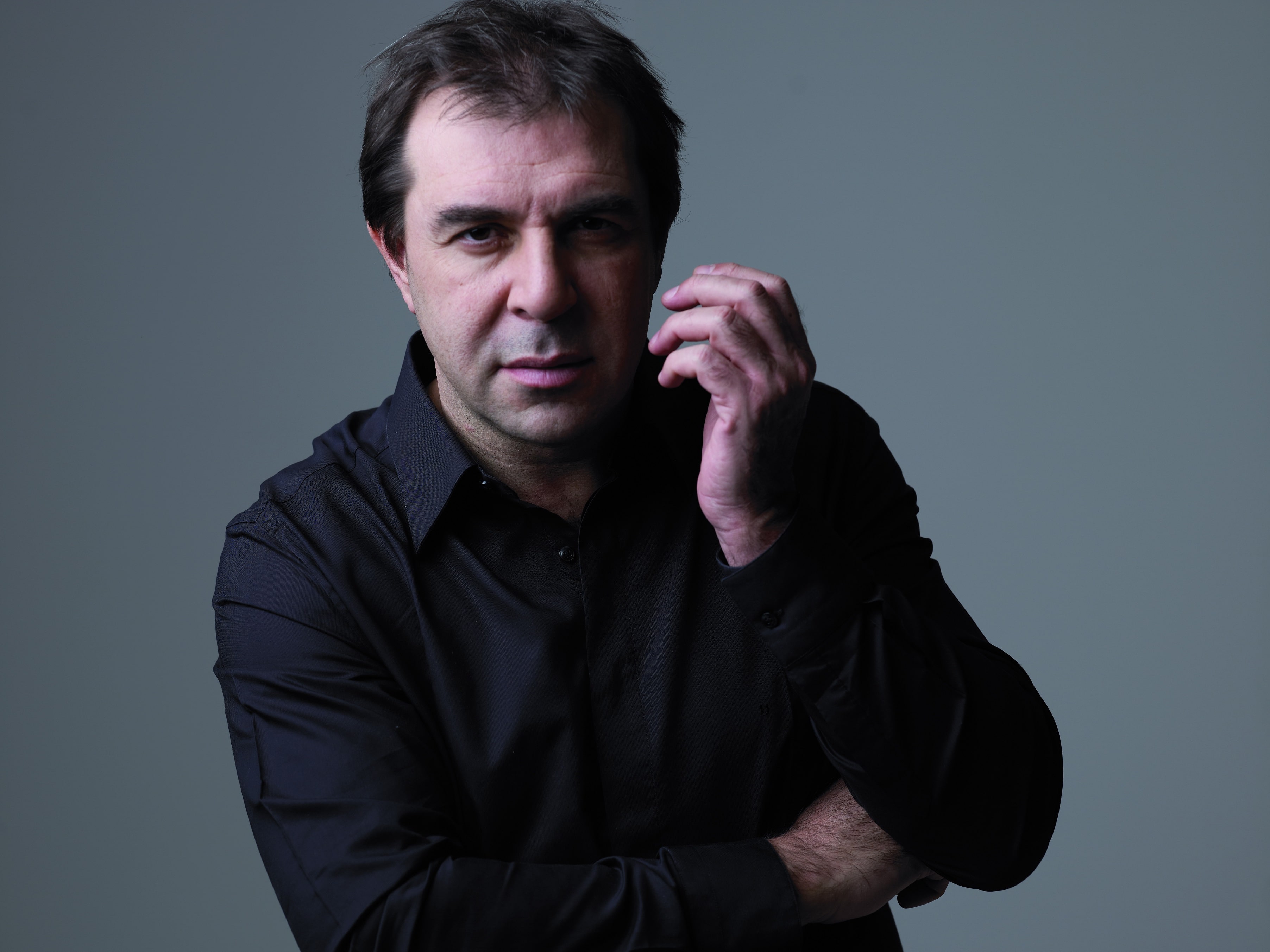 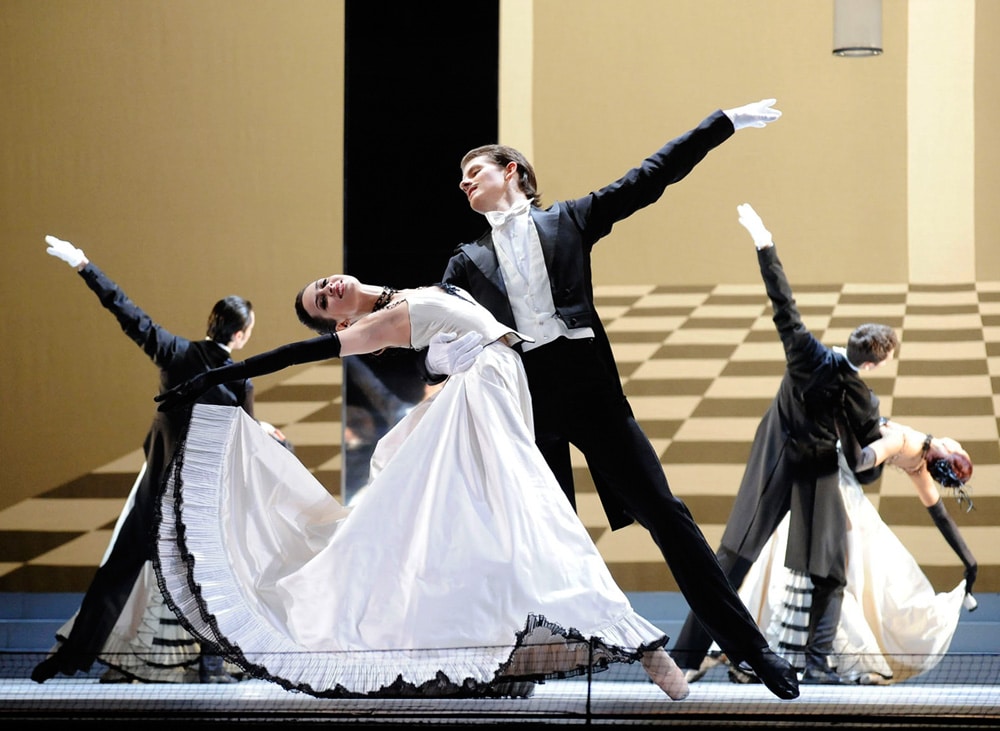 The best New Year Celebration, at the Rome Opera with “Die Fledermaus”

This year the best New Year Celebration will take place at the Teatro dell’Opera of Rome. The date to put in your diary is Saturday, December 31, at 19.30,  a special evening to be spent among red velvets curtains and…Read more ›

This rare stage production of Un ballo in maschera, scheduled at the Teatro dell’Opera from 16 to 30 of October 2014 brings us back to the original setting realised by Verdi and rediscovered two years ago by the director Leo…Read more ›

The last scheduled shows for the 2015-16 Ballet season is the “classic of the classics” of ballet: Swan Lake, in the version of the British choreographer Christopher Wheeldon. It is a national premiere at the Teatro Costanzi until November 5,…Read more › 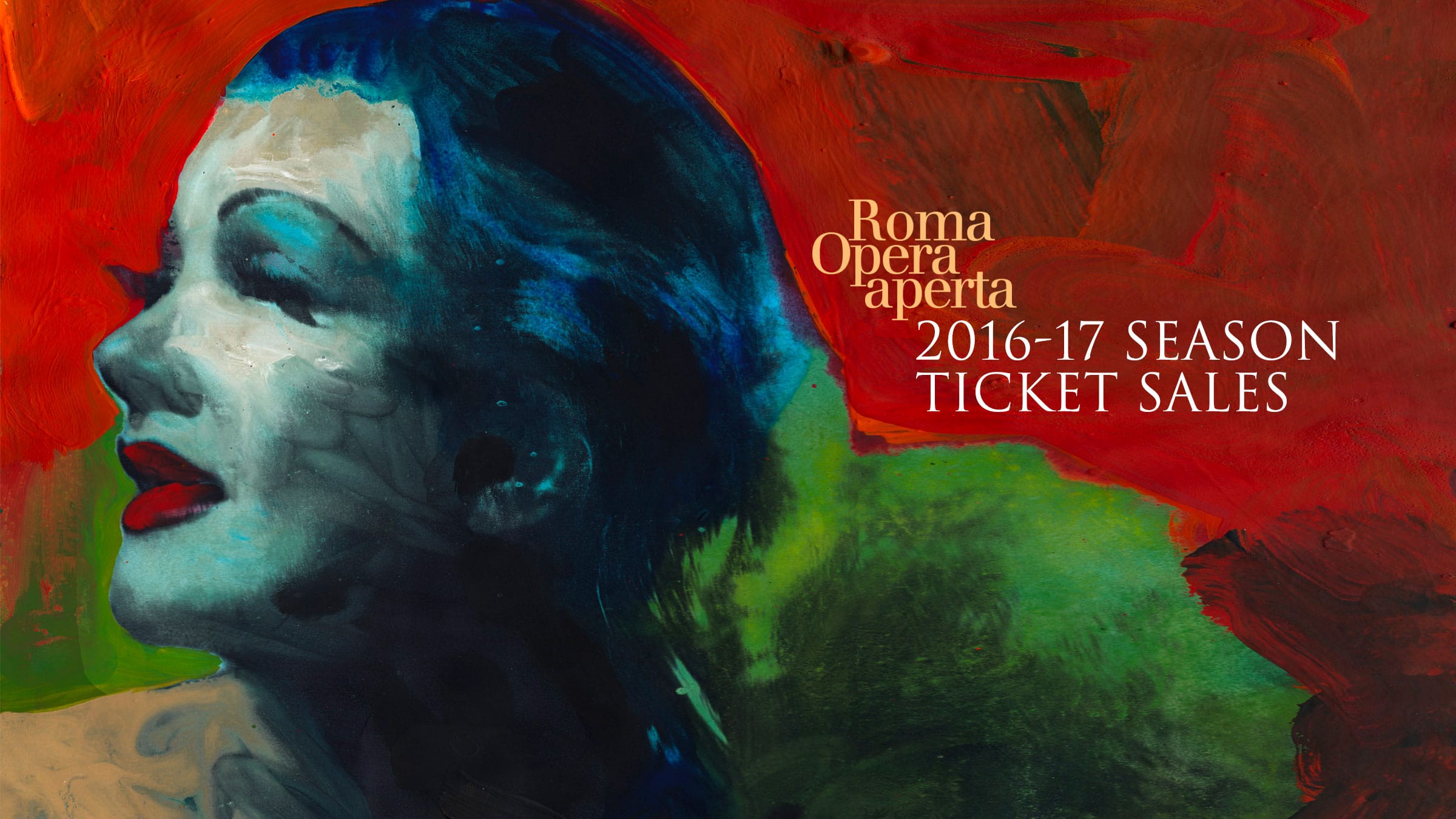 It is started the 2016-17 Season Ticket Sales Campaign  to the Opera. From July 4 it is able to renew Subscriptions ” Gran Teatro” – and subscribe new vacancies. From Monday, September 19 are available booking packages “Fantasia”, ” Week End “,…Read more › 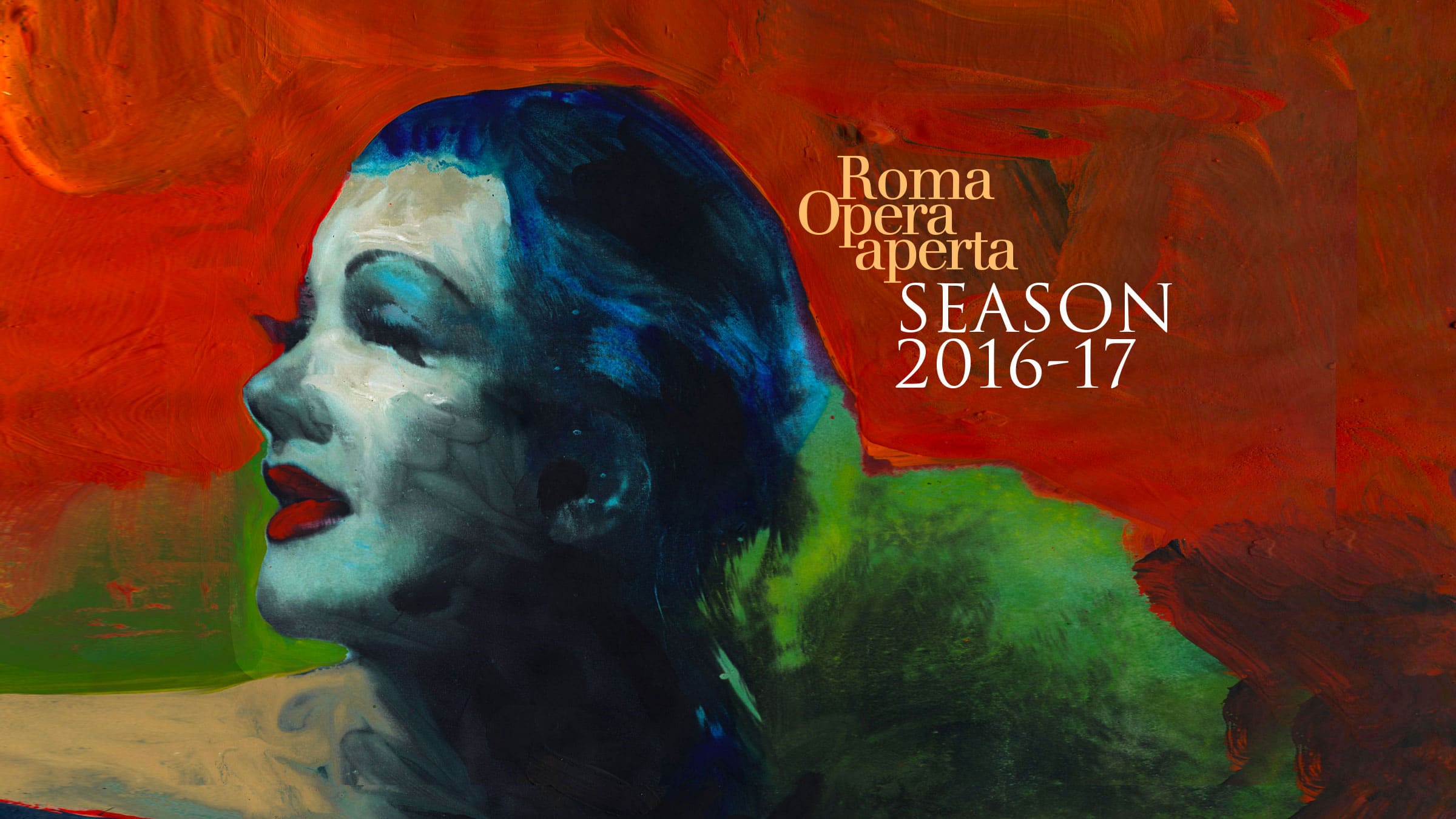 The identity of a modern European Theatre: a combination of tradition and innovation   THE OPERA SEASON Big international co-productions, with major theatres – and not only within Europe – to offer our audiences the chance to see rarely performed…Read more ›

“Fabbrica” is searching for two singers, a tenor and a baritone

“Fabbrica”, the first Young Artist Program by Teatro dell’ Opera di Roma that offers Italian and foreign new talents the chance to enter the world of opera after their training in conservatoires and academies, is searching for two singers, a…Read more › 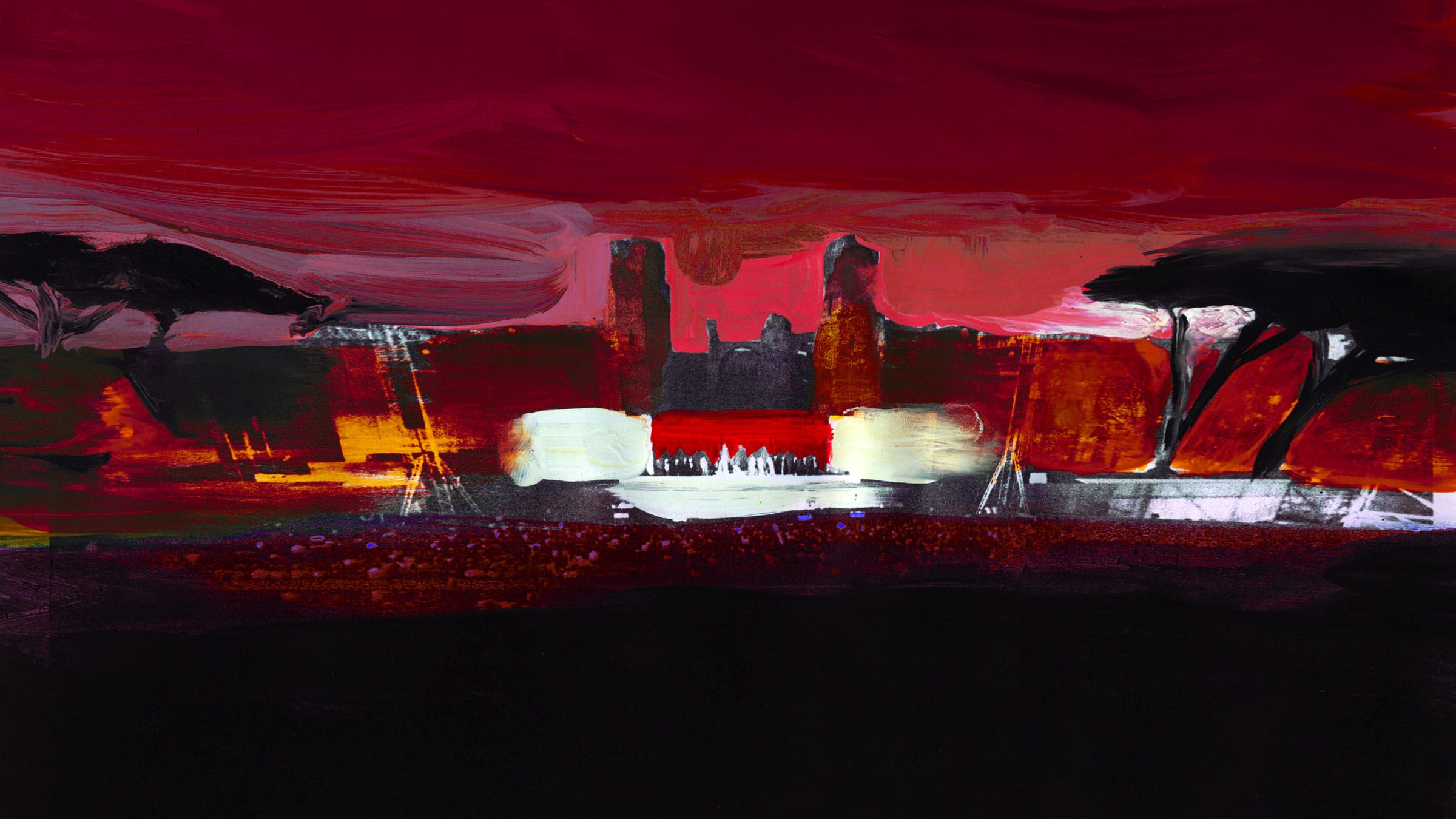 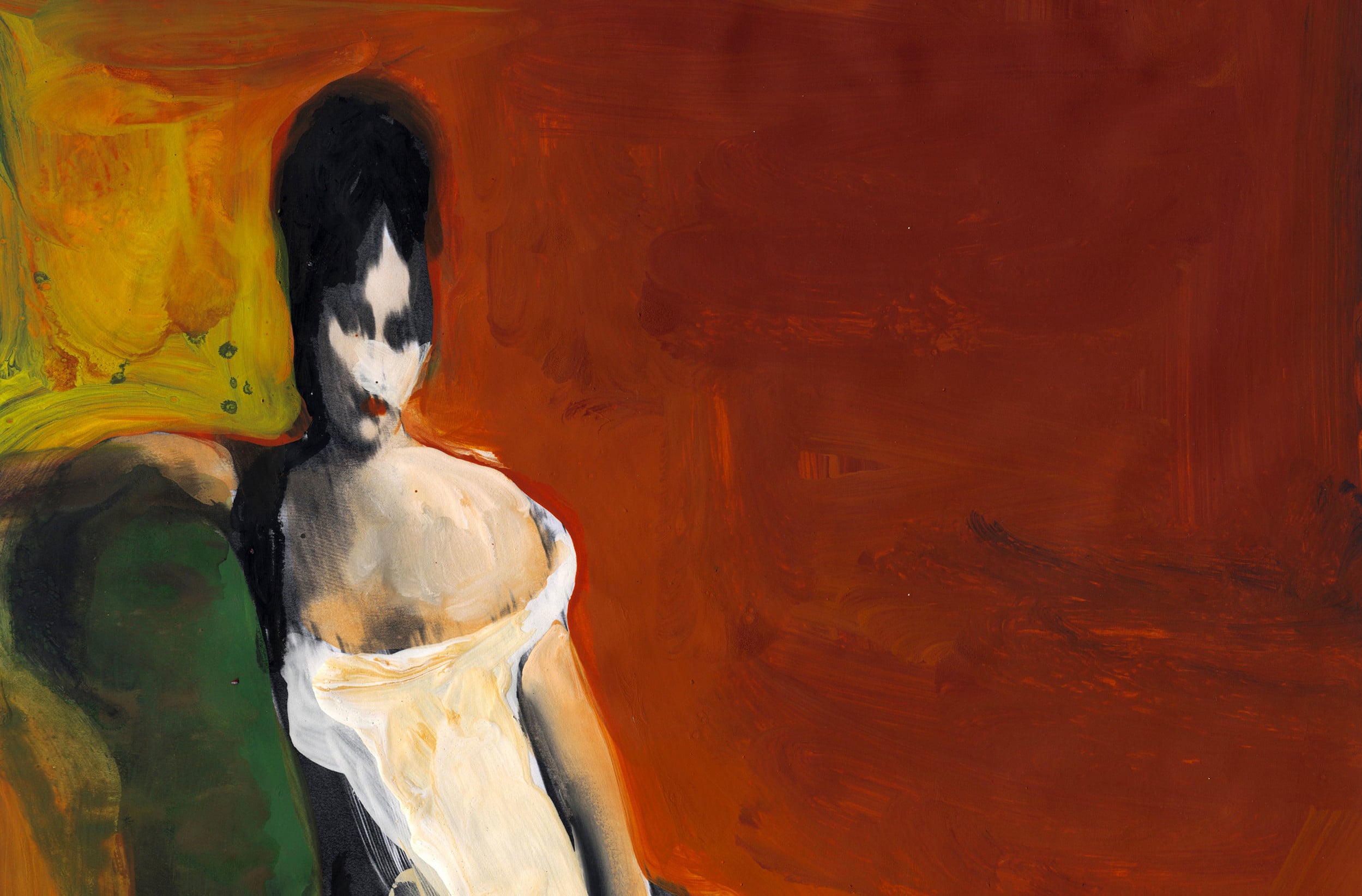 Carlo Fuortes, General Manager of the Rome Opera House Foundation, is pleased to announce a new production of La Traviata, premiering May 24, 2016. This exclusive show, created by Valentino Garavani and Giancarlo Giammetti in collaboration with the Teatro dell’Opera…Read more › 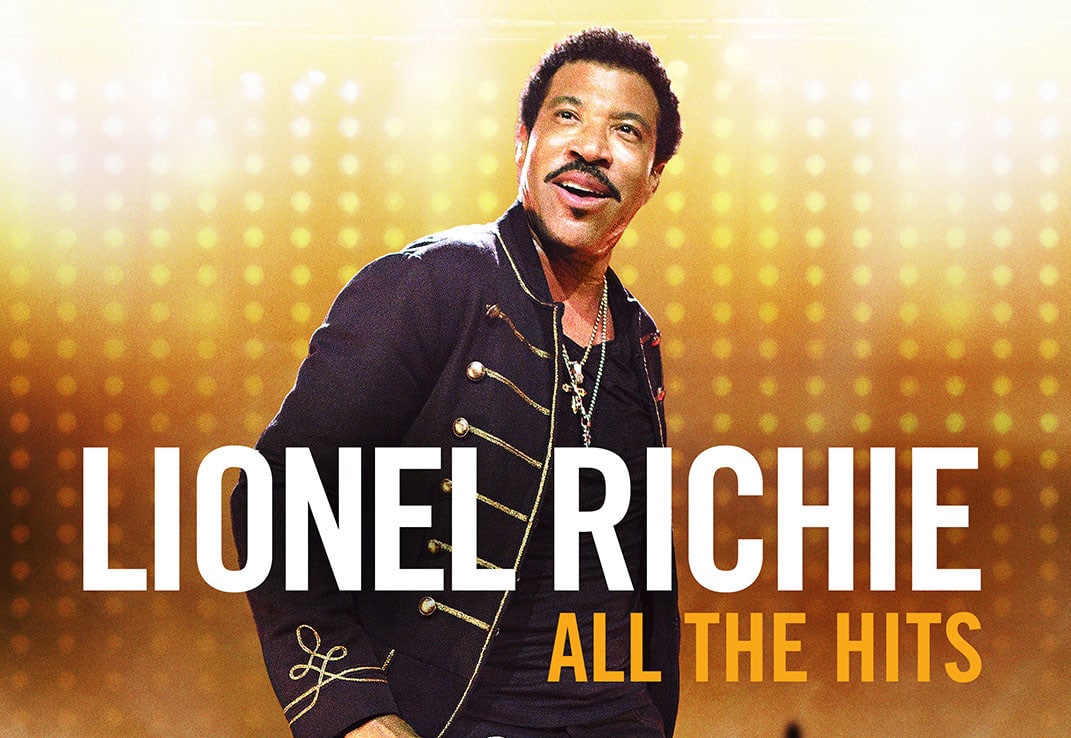 Lionel Richie in concert at Caracalla on 14 July

Tickets Another must-see event in the Teatro dell’Opera “EXTRA” programme. Lionel Richie, the international superstar, returns to Italy in 2016: on the 14th of July he will perform at the  breathtaking Terme di Caracalla in Rome. His concerts are renowned the world over…Read more ›

“La Cenerentola” at the cinema 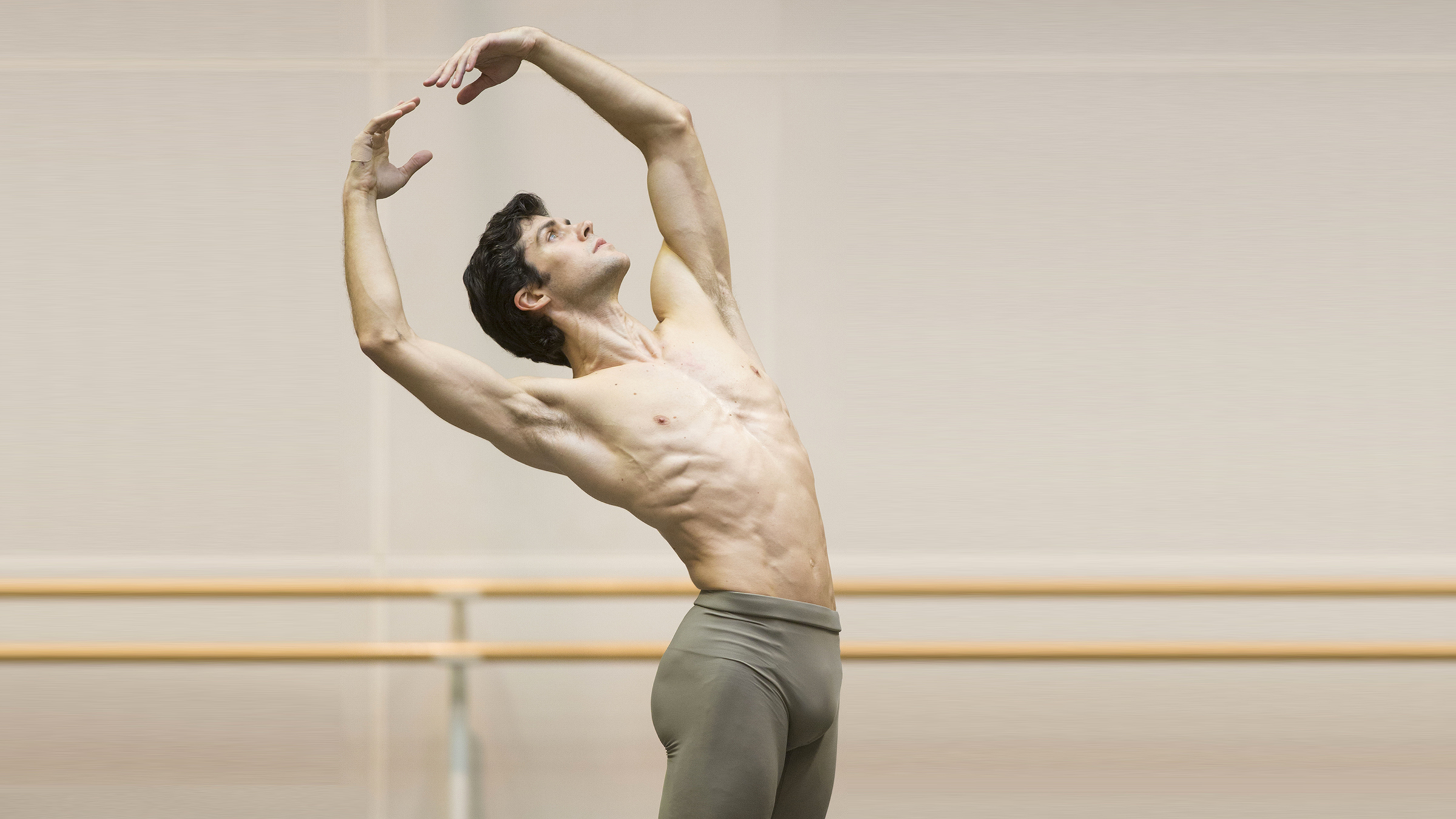 Tickets (July 25) Tickets (July 26) The Teatro dell’Opera di Roma is pleased to announce the customary and always much awaited appointment with Roberto Bolle at Terme di Caracalla. This year, not just one evening, but two: Monday the 25th…Read more › 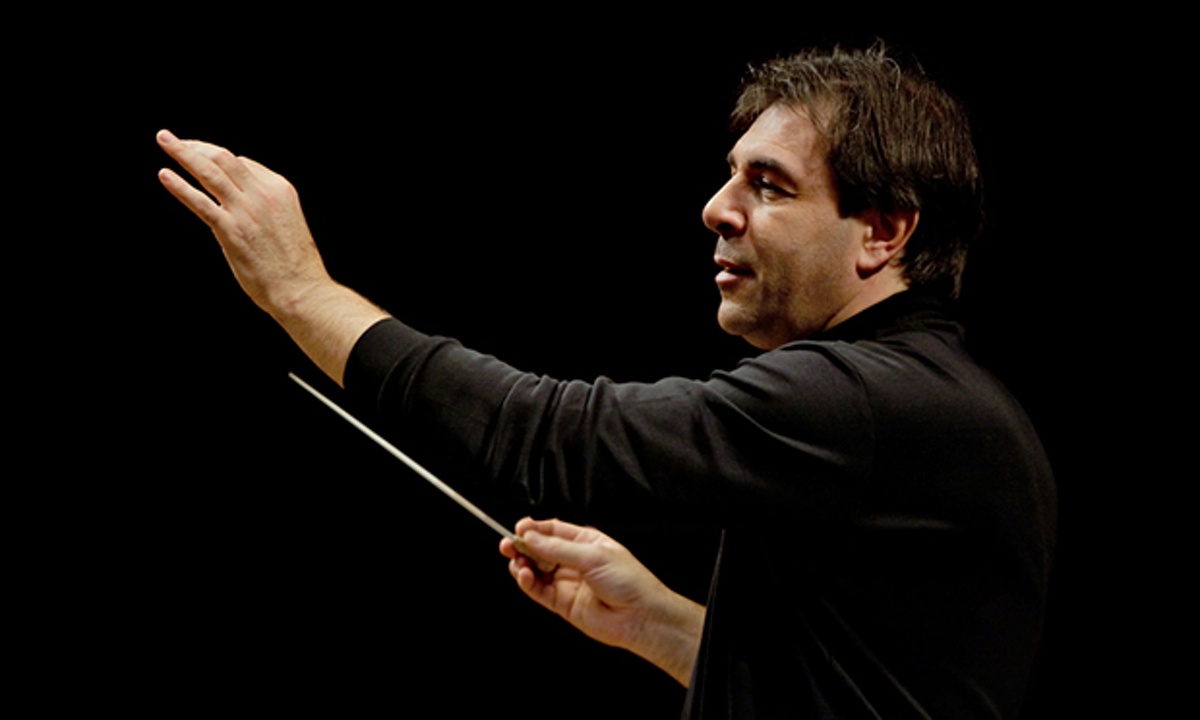 “La Cenerentola” according to Emma Dante

The curtain opens on Rossini’s La Cenerentola this 22nd of January, marking the start of the Teatro dell’Opera’s celebrations of the bicentenary of the first-ever performance of his The Barber of Seville, in Rome. This is a new staging of Rossini’s…Read more › 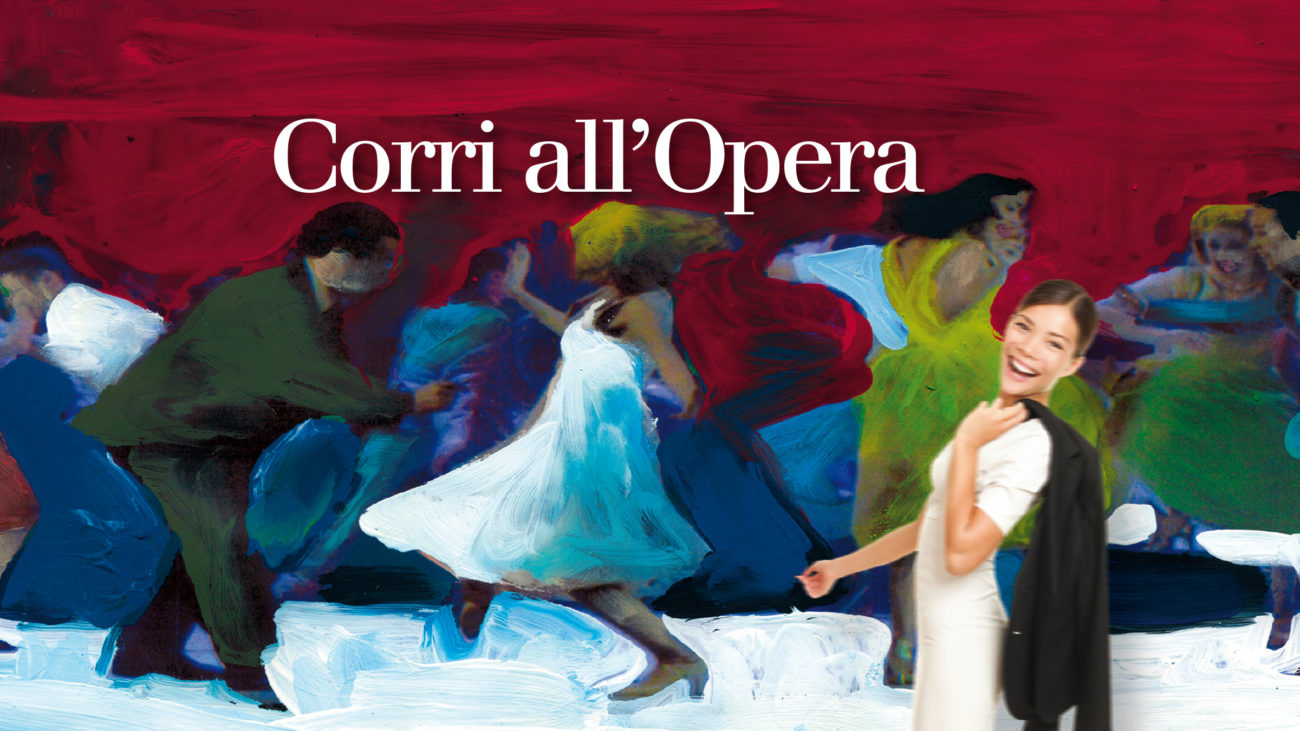 Rush to the Opera

Reduced price tickets for young people The Teatro dell’Opera di Roma offers under 26-year-olds the chance to buy tickets for unsold seats at just 15.00 euros. Simply turn up at the Theatre box office 30 minutes before the start of…Read more › 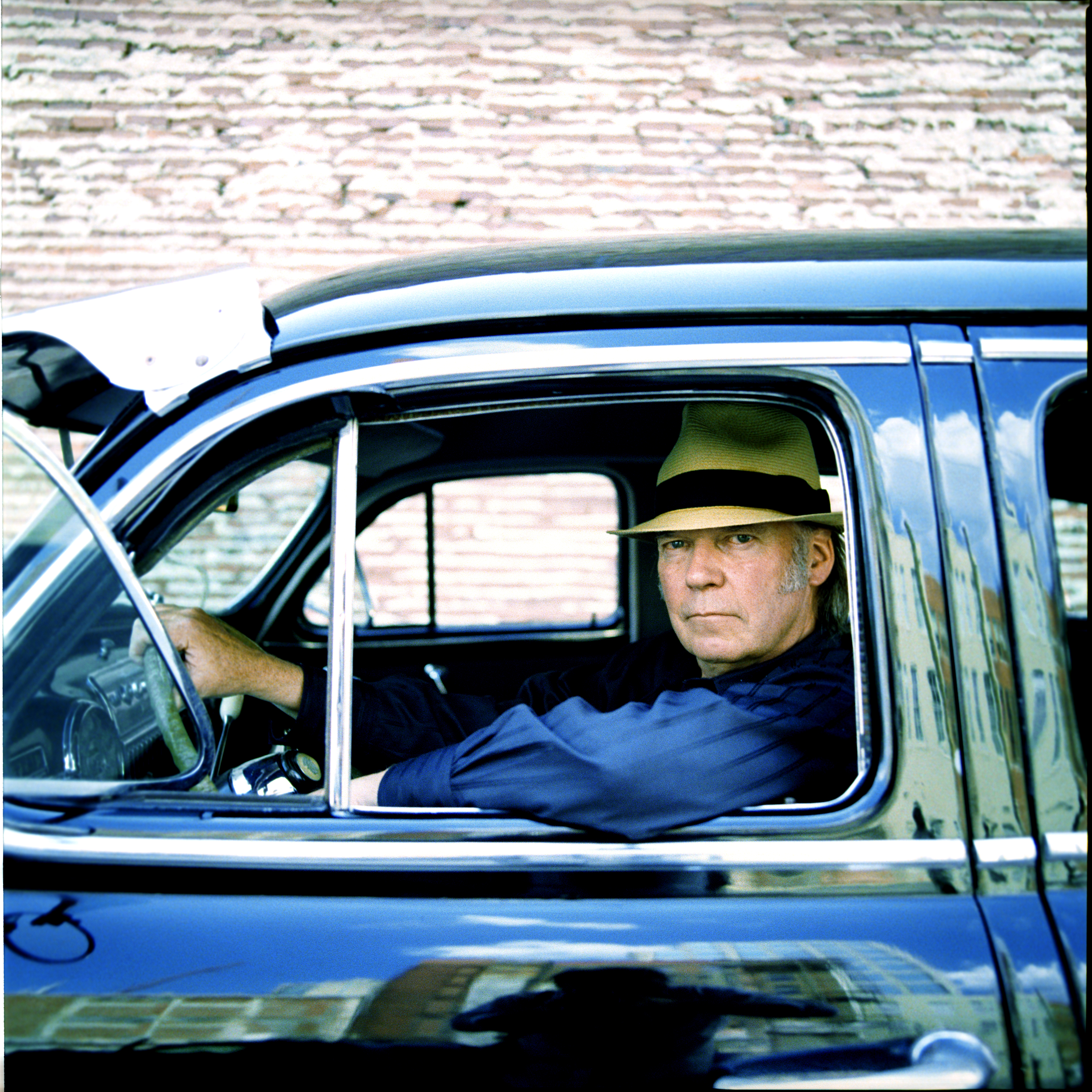 Tickets The Teatro dell’Opera di Roma’s 2016 season will include a rich series of “EXTRA” shows alongside the main programme of operas and ballets. As a taster, one of these “Extra” events will be a must-see NEIL YOUNG concert, planned…Read more › 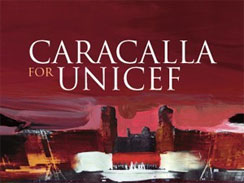